Royal Marines from Charlie Company, 40 Commando Royal Marines demonstrate Skijoring behind Viking Armoured vehicles for the media. This is a quick method of moving in varied cross terrain.
The unit is based at the Royal Norwegian Air Force Station Bardufoss, 200 miles inside of the Arctic Circle.
Arriving in January, Charlie Company have undergone the survival phase of the Cold Weather Warfare Course and are now conducting more tactical training ahead of exercises alongside NATO allies Norway and the US and NATO partner nations Sweden and Finland.
Being able to sustain yourself is half the battle in a region where temperatures can plummet to -30c.
“The temperature is something you’re fighting against all the time, but we have all the best kit, equipment and attitude to deal with it,” said Lance Corporal Sean Johns of 40 Commando.
The Royal Marines are the UK’s cold weather experts. They can trace their work in this area back to World War Two. 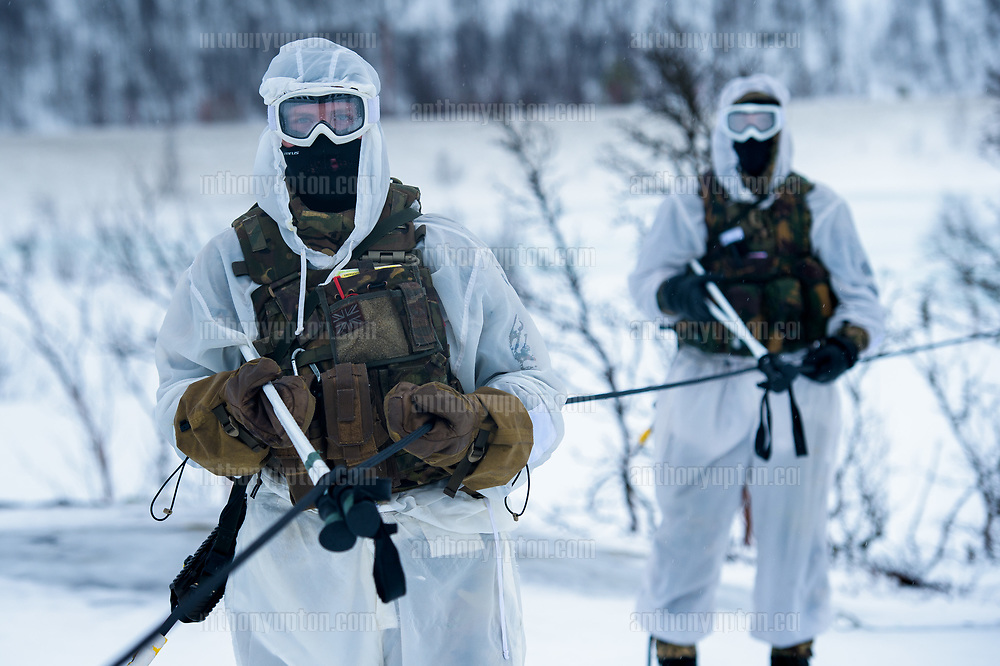